In this first part of a two-part blog series, we explore the history and ethics of editing plant and animal genes in the context of agriculture and offer suggestions for incorporating the ethics of these activities into your classroom. In Part 2, we explore the editing of human genes and gene drives—practices that may have more ethical challenges but also present promise for substantially improving human health and wellbeing.

For thousands of years, humans have sought to alter the genes of organisms around them. In fact, there is evidence that as early as 32,000 years ago, humans domesticated and began to intentionally breed wolves to increase their docile nature (Rangel, 2015). While selective breeding is a far cry from altering an organism’s genes in a laboratory, the desired outcome is the same—to create organisms that express traits that humans desire. With the advent of technologies such as CRISPR-CasX, the power of humans to selectively edit the genomes of the organisms around them has increased exponentially. In fact, these new technologies have brought about the prospect not only of precision editing of plants and animals, but also of editing the human genome. While some see the technology as a profound step forward that might allow us to eradicate life-altering genetic diseases like cystic fibrosis, sickle cell disease, thalassemia, and hemophilia and better meet our needs and those of the planet, others see it as an ominous step toward manipulation of the human genome that results in “designer babies'' or causes inadvertent downstream effects on the environment.

Because of this, many bioethicists are confronting the realities of gene editing as the technology continues to evolve. These ethical questions present rich opportunities for engaging students in discussions of the implications of gene editing (see the suggestions at the end of this post). Many scientific advisory and governing bodies are releasing reports and recommendations that can be used to spark discussion and debate with students. For example, the Ethics of Genome Editing (European Group on Ethics in Science and New Technologies [EGE], 2021) explores ethical questions raised and revived by these new technologies. The paper explores how humans are using gene editing (e.g., editing plants, animals, humans, and creating gene drives) and the EGE’s recommendations for ensuring that this editing is done ethically.

As humans moved from hunter-gatherer societies to agricultural societies, they began to breed plants to select for traits favorable to human use. For example, the origin of the food plants—cabbage, broccoli, cauliflower, kale, Brussels sprouts, collard greens, Savoy cabbage, kohlrabi, and gai lan—all lie in the plant species Brassica oleracea. Societies throughout the world embraced the plant (which is native to coastal southern and western Europe) and, through breeding, developed cultivars (assemblages of plants selected for desirable characteristics) of it that best suit their preferences.

Heartier plants that are resistant to pests and drought and provide larger and more nutritious yields have long been desirable and have become more and more necessary due to changes in our environment. At first, humans chose plants with desirable characteristics and bred them. Then, in the first half of the 20th century, humans began to deliberately induce mutations in plants by exposing seeds to radiation or chemicals. These techniques induced random changes that most often resulted in non-viable cells and took considerable time because of the random nature of the technique. For years, mutation breeding has been accepted without alarm.

Starting in 1982, scientists began to create transgenic plants by introducing foreign genes into plants, igniting a debate about genetically modified organisms (GMOs) (Grunewald, Bury, & Inzé, 2013). While mutation breeding produced virtually no public outcry, GMOs caused alarm, with concerns that modification of plants could harm the environment and that modified plants could harm human health. Initially, these concerns surfaced in the U.S. but took deeper root in Europe where comprehensive GMO legislation (n.d.) has been passed.

One example of a genetically modified plant is the Arctic® apple, which was approved by the U.S. FDA in 2015. Scientists used genetic engineering to silence the gene responsible for browning, so the apple no longer turns brown when sliced, bitten, or bruised. 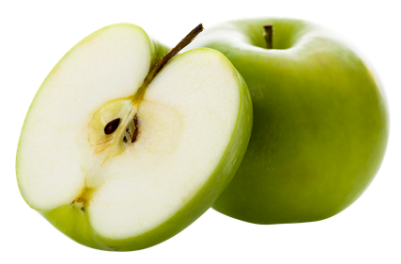 Like plants, humans have selectively bred animals to better suit our needs for thousands of years. Humans eat animals and use them for experimentation. (Both raise ethical questions for some people.) There are multiple potential ethics concerns when it comes to gene editing in animals, the first of which revolves around animals bred for food. One of the first applications of genetic engineering in animals was the development of recombinant bovine somatotrophin (rBST) (Thompson, 2015), a growth hormone used to extend the lactation cycle in dairy cows in 1985 . Genetically engineered BST caused significant outcry and went through a very long approval process in the U.S. due to a prediction that its impact would drive small dairy farms out of business. Even after approval, a moratorium on its use remained until the early 1990s. Ultimately, Canada and Europe banned the use of rBST because of its negative effects on the animals’ health. The debate about the ethics of biotechnology in farming continues to this day.

rBST is an example of a genetically engineered hormone given to dairy cows, not genetic engineering of the cows themselves. However, new gene editing technologies allow us to edit the actual germline cells of animals. By editing livestock animals, we are able to produce farm animals that are less susceptible to disease or have characteristics more favorable to their use by humans. For example, researchers have used gene editing to create pigs that are resistant to diseases that negatively affect farming, including porcine reproductive and respiratory syndrome, and cows that are less susceptible to tuberculosis. 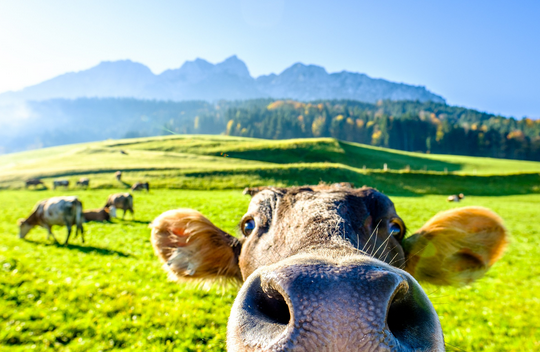 Another ethical question that stems from gene editing of animals is the use of animals in gene-editing research. Gene editing can be used to mimic the effects of human diseases in animals to allow research into treatments and cures. Gene-edited animals are also being used to grow organs that are more suitable to be transplanted into humans. Important ethical questions arise about both the treatment of the animals themselves as well as the potential downstream effects of these changes to the genes of a species being carried to their offspring. The EGE recommendations for genome editing in animals are to:

These ethical questions and concerns can form the basis of thoughtful debates around advances in biotechnology. One possibility for incorporating bioethics into the classroom is to use the recommendations of the EGE to evaluate and debate real gene-editing projects. To explore the ethics of gene editing in the context of agricultural practices, you might ask students to examine one of the following news stories and consider them in light of the EGE recommendations:

You might set up a debate in which teams of students are assigned (or choose) their position and engage in debate about the stories, or you could ask students to evaluate the gene-editing projects using the EGE recommendations and argue whether or not they feel that the ethical concerns are being addressed. These real research projects can provide opportunities to engage students in research about the projects and—in teams—to debate the ethics of those projects, backing up their positions with authentic research.

Want to cover more bioethics with your students? Check out our Web-based module Bioethics of Gene Editing.