Cleaning Up Past Perceptions of Chemistry 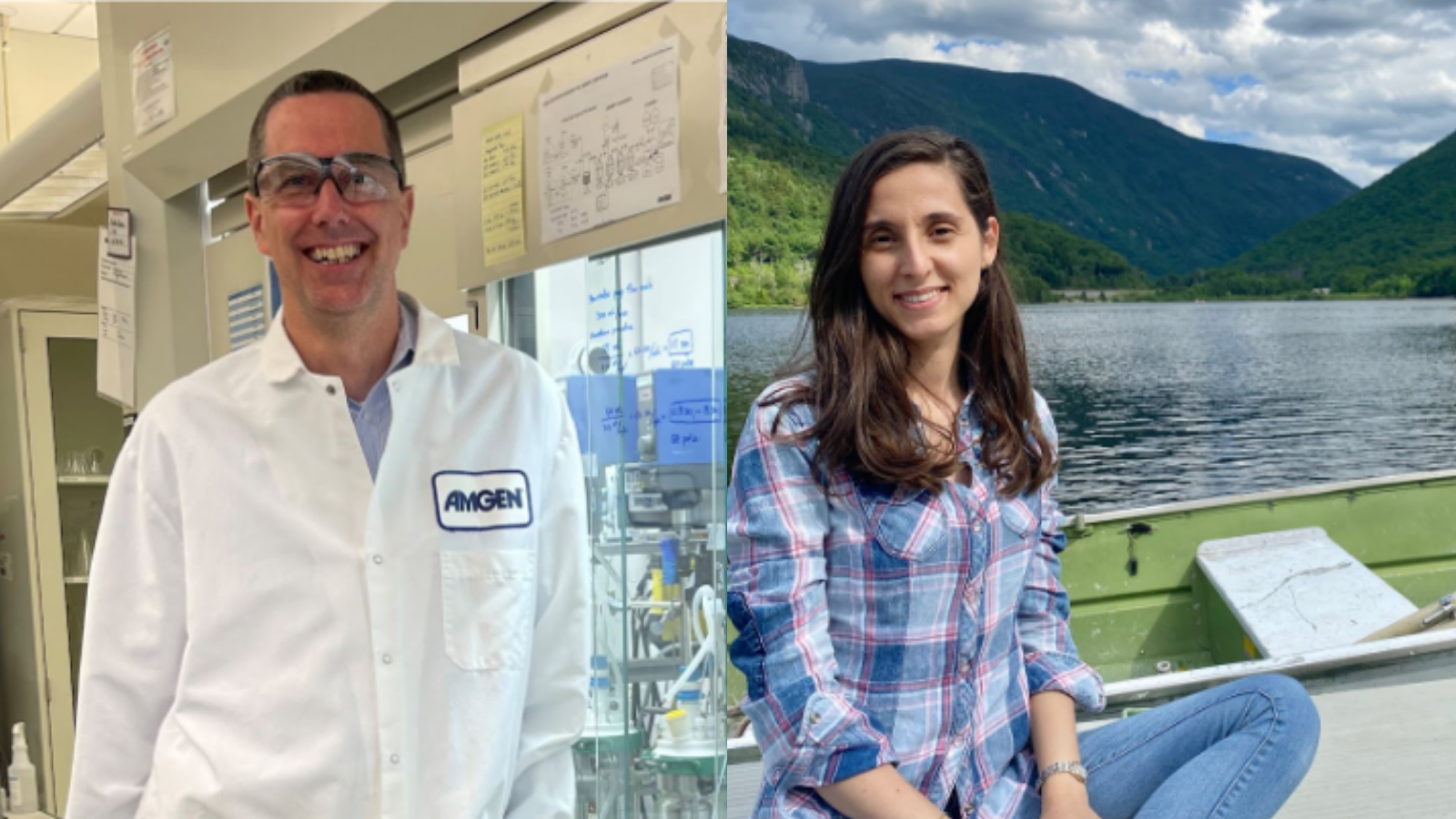 Chemistry often gets a bad reputation. While it can be blamed for some environmental problems, says Oliver Thiel, that’s not the whole story; this Earth Day, he wants to set the record straight.

“Everyone thinks that chemistry is dirty,” Thiel says. “But on the other hand, we would not live to have an average life expectancy of 80 years, be dressed in warm clothing, have food to feed close to 10 billion people on the planet now, and more, without the powers of chemistry.”

Executive director of process development at Amgen in Cambridge, Mass., Thiel now works to create the most efficient processes for turning molecules into medicines. A core driver are the 12 principles of “green chemistry,” which help to reduce waste, conserve energy, and reduce or eliminate the generation of hazardous substances, among other goals.

Thiel first learned about some of these principles when he was doing his postdoctoral research work at Stanford University after completing his PhD in organic chemistry at the Max Planck Institute in Germany. He read a paper about “atom economy” that had come out in the 1990s, which described the idea that the amount of atoms in the starting material should match the number of atoms in the product as much as possible. “That principle very much was in my mindset during my studies, and it has been exciting to have a chance to apply that principle in practice when I joined Amgen a decade later.” The framework of green chemistry would be laid out in a book in 1998, after several years of development in response to the Pollution Prevention Act of 1990.

As a member of the green chemistry team within process development at Amgen-Cambridge, Nadide Hazal Avci not only works to develop more efficient and safe chemical reactions, but she and her team also work to create a broader “culture of environmental sustainability.”

“We actively assess the environmental impact of our processes to identify where we can improve and track our progress,” Avci explains. “We work to show to the broader company that ‘science that is good for the planet is good for profit.’”

Avci’s love of chemistry goes back to high school in Turkey, where she grew up. She remembers learning about the blue blood color of some crabs and wanting to learn more about the underlying chemical properties and more broadly to better understand the natural world.

While pursuing a bachelor’s degree in chemistry at Bogazici University in Turkey, she worked to create environmentally friendly “hydrogels,” materials that can absorb oil leaks in oceans. “This experience was very influential for me to pursue my studies in chemistry,” she says. “I can say that I started my career with green chemistry.”

Avci began working at Amgen after obtaining a master’s degree in chemistry at MIT. Her team has had many successes in creating more sustainable and efficient processes. One major improvement has come from transitioning from traditional “batch processing”—where a process is carried out for a single product or unit operation at a time—to “continuous manufacturing”—where the processes run at the same time for multiple operations. By changing part of their processing from batch to continuous, the team ended up reducing the organic solvent usage by 20% and water usage by 42%.

The greatest challenge, Avci says, is “to change the way scientists and engineers think when they design a process. We must make sure that we think of green principles when we develop a process. It is hard to break old habits; however, once developing the habit of thinking ‘green,’ one can easily implement the green practices in daily life and science.” This is something, Avci and Thiel say, that their team is demonstrating now routinely in the processes they are developing.

Part of solving the perception problem facing chemistry is to use the power of the science to address global challenges such as climate change. Says Thiel: “I have two daughters, who are 7 and 9 years old, and I want to leave the planet roughly the same as it was when I was that age. That’s a difficult task at this stage, but we can all contribute.”